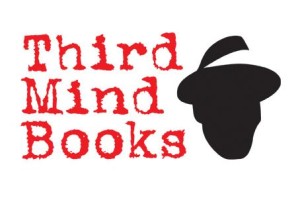 As Barry Miles writes in “Call Me Burroughs,” his epic 2014 biography of William S. Burroughs, describing his later years in Lawrence, Kansas:

“During the day he (WSB) often worked with Jim McCrary, who worked for William Burroughs Communications from 1991 until 2001, and who typed up many of Bill’s handwritten or poorly typed manuscripts. McCrary found working for Bill a pleasure and he became a good friend. McCrary remembered how excited Bill would get for Halloween. He’d carve pumpkins, put on a scary mask, and wait by the door with a bowl of candy, even though not many kids came down his street. “He’s like the great, kind of crazy uncle I never had,” McCrary said.”
We have obtained a good number & variety of WSB-related items from the collection of Jim McCrary. Some feature warm inscriptions to McCrary from WSB himself & in one case also includes the signature of Allen Ginsberg, among the Beat-&-Beyond luminaries whose visits were witnessed and participated in by McCrary. Nine offerings from the McCrary cache are present in our March feature and inaugurate the unveiling of many more mouthwatering items to be uploaded onto the site in the coming months.

Most of the other items featured here are from the collection of Charles Plymell, one of WSB’s iconic “Literary Outlaw” brethren—whose work as the printer of the early Zap Comix releases, co-founder of Cherry Valley Editions (publishers of Burroughs, Ginsberg, Huncke & more), and his work as a poet & collage artist quickly made him a treasured friend to many monumental figures of the Beat-&-Beyond canon.

Charles Plymell is truly someone who has “been there,” and like Ed Sanders, was present for much more than what we would think he would have been present for. Plymell was born in Kansas, and long before he went to San Francisco and became a part of Beat history, he saw Hank Williams and other early Country & Western greats perform at the “infamous and rowdy Cowboy Inn, a holdover from early Wichita when it was called “Cowtown.” (Beats in Kansas, Charles Plymell). He saw early Jazz greats like Fats Domino in Kansas, as well, drinking with them between sets. Just like his NY & California Beat counterparts, he too was educating himself through voracious reading and tutelage under a few respected professors, while all-night rambling sessions fueled by booze, grass & Benzedrine provided moonlight education after-hours. He was part of the Haight-Ashbury scene before it ever was publicized and an early psychedelic pioneer—taking original LSD from Sandoz, Mescaline from Light Laboratories in England, and Owsley Stanley’s world-famous LSD long-before he was immortalized as “Alice D. Millionaire” by the Grateful Dead. He was influenced by a wide range of writers and thinkers, stretching from Aristotle to Lord Buckley.

While someone like Plymell may not be easily relatable in a critical-analytical sense to Ginsberg, Kerouac, or someone like Ed Sanders, what the scholar of Beat history must consider at the very least is this: these pioneers shared influences. The highly-individualized way in which they internalized, processed, and utilized this influence-inspiration was the fruit of their effort, and as such should naturally be investigated and compared by the scholastic mind. What we will find will be less direct correlations in style, methodology & execution, and more correlations in regard to the belief structures and philosophies of these individuals—their aims, activities, and intentions. An analysis of these will bring us closer to the life & spirit that birthed the work. This considered, Pound’s old axiom that decries a reception of literature as mere entertainment “…because a man believing in silence was found unable to withhold himself from speaking,” rings true—and Emerson’s idea that the true goal of literature is inspiration to incite change from within, and that change from within is the first step in creating change in the exterior world (Kesey’s theme in One Flew) urges us to overlook the nostalgia & notoriety—to think about how these writers’ lives & beliefs were the paint for their canvases. In doing so, we may be able to bring ourselves one step closer “…to the beat of the heart…” TMB is proud to present these 25 items, each with truly legendary provenance, all 10% off for the month of March only! https://www.thirdmindbooks.com/featured.php